Note to Namers: Geographic Indications are Not a Smart Source of Name Ideas

In an interesting case appealed to the UK High Court regarding a denial for trademark protection by the UK Intellectual Property Office, the brand Nosecco was found to be both deceptive, and prohibited by European Union (EU) law under its protected designation of origin (PDO) for Prosecco. Trademark denied.

Nosecco is actually a clever and memorable name -- the kind of name we tend to like -- succinctly conveying that it is not Prosecco, but is a similar (non-alcoholic) fizzy drink. And that is the problem. Prosecco, along with Parmesan, Asiago, Balsamic, Brie de Meaux, Cantal, Sancerre, and hundreds of other familiar food and wine names are all reserved for products from specific geographic regions.

First used in France in 1411 when the use of the name Roquefort was regulated, the French Appellation d’Origine Controlee (AOC) really got going in the 1920s, when the French “Law for the Protection of the Place of Origin” was passed. Extending now in France to over 360 wine-growing designations as well as to over 40 cheeses, six named butters, and the Le Puy green lentil (!), other countries soon joined in with their own regional PDO names. Spain, Italy, Germany, Austria, Switzerland, South Africa, Portugal, and the EU, among others, all protect designated food and drink in this manner.

So, while you might think your brand of artisanal hard cheese should be called Farmesan, and that Brie de Faux is a damn clever name for your creamy soft-ripened cheese, think again. These PDOs and their attorneys will find you and vigorously defend the producers who share these valuable names. Better to choose a unique name you can actually own and build, without fear of litigation and the risk of being stuck in trademark hell for years to come. 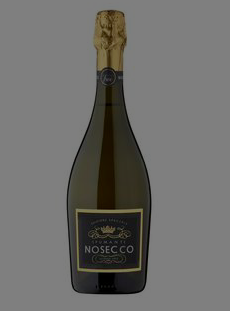