Casper The Friendly Ghost vs. Casper The Mattress 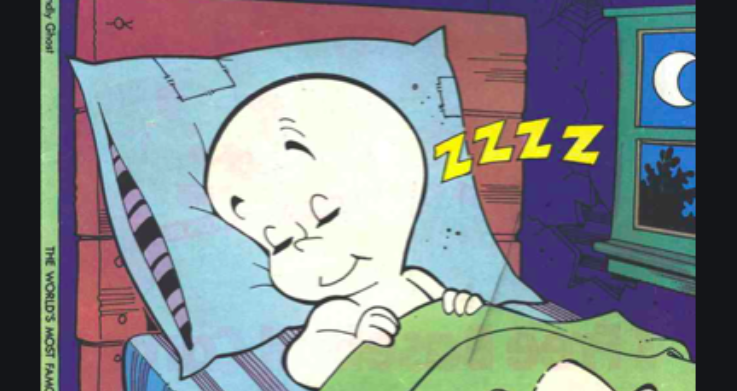 You can probably visualize Casper the Friendly Ghost, a cartoon character created in the 1930s who has appeared in comics, 55 cartoons from 1945-59, five TV series from 1959-2012, the feature film “Casper” in 1995, and various spin-off films, videogames and commercials. You can even buy Casper pajamas or a Halloween costume for your kid.

Casper Sleep is a mattress company founded in 2014 (IPO Feb 2020) that sells mattresses, sheets and pillows, and most recently an app-controlled bedside lamp.

You might assume they would never meet in a trademark dispute. And that would be a fair assumption. Companies can use identical or similar names, so long as they sell different classes of products or services with little likelihood of people being confused about who is selling what. A car and software can share a name: Explorer. Or a car and a camera: Eos.

Casper Sleep has several trademarks closely related to their core mattress business. The problem arose when they applied to register “Casper” for an array of more distant goods including trademark classes for software; apparel; the transmission of voice, sound, and video; video recording services (in the Education & Entertainment trademark class); and the storage of electronic media including images, text, audio, and video.

This was all a bit too close for comfort for DreamWorks Animation which had acquired trademark rights to Casper the Friendly Ghost in 2012, and which was itself acquired by even bigger entertainment company NBC Universal in 2016.

Dreamworks objects to the broad claims of the new application, writing “Applicant’s applied-for goods and services are not within the zone of natural expansion of applicant’s mattresses and other sleep-related furniture” and that the “commercial value of association” with Casper the Friendly Ghost remains “highly desirable.”

The core of their objection is that key trademark criterion, the likelihood of consumer confusion. That is, that consumers are likely to associate Dreamwork’s well-established media character “Casper” with the mattress company’s use of the identical “Casper” name, when it is used on entertainment-related goods.

So what got Casper the mattress into trouble, particularly with a usually-friendly ghost? Category creep, combined with a touch perhaps of trademark overreach, and maybe even some hubris. Certainly as a young company it is not smart to tangle with an entertainment media giant, the kind of company whose business model is based on aggressively protecting its trademark characters. How crucial were some of the additive trademark classes Casper Sleep applied for? Could they have defined their new goods more narrowly, avoiding the wrath of Dreamworks?

As you evaluate the pros and cons of potential new company and product names, it is smart and prescient to consider not just whether a name works for your current business, but also for where your product road map might take you, best case. Who might you bump up against, and how deep are their pockets, if you grow as much and in as many directions as your most optimistic scenarios? And how much energy would you have to devote to fighting battles with these not-exactly-hypothetical foes, if your growth dreams come true.

There are always tradeoffs when committing to a new name. The lesson here is to think ahead and think creatively and think big. A name that solves for your current business but backs you into a future corner is not your best choice. And once you’ve made a commitment to a name, be careful to avoid unnecessarily stepping on powerful toes. Casper was probably a fine name for a mattress company, but as they grow into a more broadly defined sector, they are bumping into new problems in the night.