How Close Is Too Close? 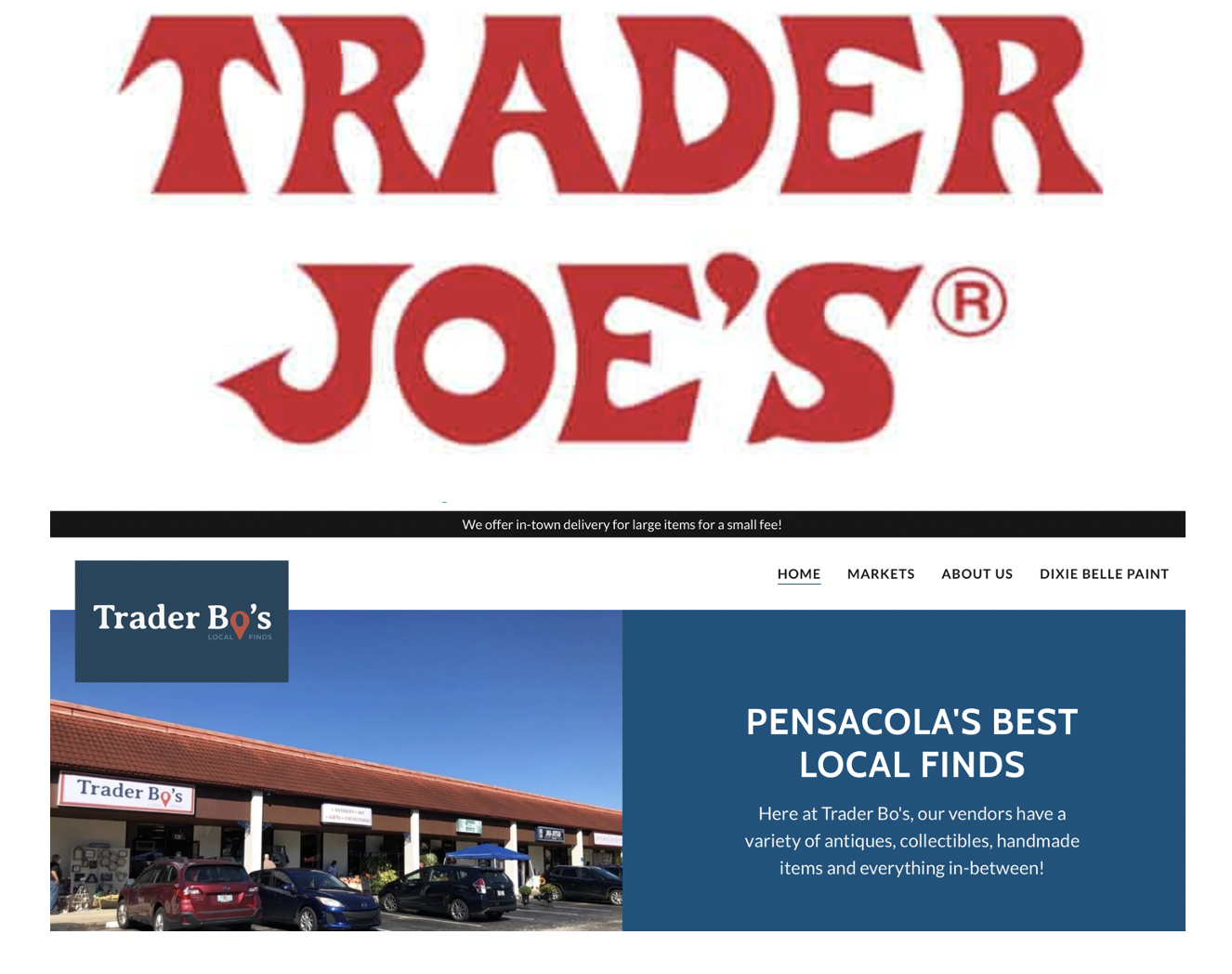 A trademark filed by Trader Bo’s for “Retail store services in the field of antiques and older items, the services provided within an antique mall” has been opposed by Trader Joe’s, which uses its name for both its 500+ retail stores and many of the items it sells. At least 14 Trader Joe’s trademark registrations are cited in its opposition including trademarks for food, drink, and snacks as well as retail stores and services.

As trademark infringement hinges on likelihood of confusion or taking unfair advantage of someone else’s name, how likely is it that nick-nack shoppers at Trader Bo’s antique mall will conflate the shop with Trader Joe’s? And does Trader Joe’s risk being called a bully for going after a small business?

In the famous McDonald’s vs. McSleep Inn trademark case Quality International asserted that consumers were NOT likely to confuse their new McSleep motel brand with McDonald's, despite the similarity of name. They also claimed they had NOT selected their name to take advantage of McDonald’s. McSleep lost, with the Court finding trademark infringement and unfair competition. This is a good lesson for name choosers: “intent of the infringing user to confuse is not necessary to establish a likelihood of confusion…Quality International’s selection of the name was a deliberate attempt to trade on the good will and reputation of McDonald’s.”

With automated name monitoring, Trader Joe’s was sure to catch Trader Bo’s trademark filing, and move to defend its trademark rights. Did Trader Bo’s think no one would notice, or that Trader Joe’s IP attorneys would ignore them as they are so small, or because one of the filer’s names appears to be Bo? What did Trader Bo’s hope to accomplish, in exchange for the potential aggravation and legal costs? And why did Trader Joe’s bother to file an opposition with the USPTO, and risk being seen as a big meany, going after a little guy?

With infringing users and counterfeit goods everywhere, defense of one’s IP is more important than ever. Allowing use by others and not consistently defending one’s trademark rights can be a slippery slope toward genericide. Clearly Trader Joe’s could not allow that to happen.

As an entrepreneur, an SMB, an angel- or venture-backed start-up, or a new brand for an existing company the wiser course is to do the research and choose a name you can own and build, without the risk that someone, somewhere will come after you. Hard to say if Trader Bo’s took this step, or if they made a risk:return call that they were likely to be safe. And to their credit, they did not use a similar typeface.

But deciding that selling antiques and nick-nacks was so different from selling Mandarin Orange Chicken that a powerful brand would not notice their very similar name--or bother to do anything about--proved to be a bad bargain for Trader Bo’s.